There have been many chocolate candies that have gone on to become well-known brands during the course of their production history.

In the early 1900s, it was first developed, and almost immediately after its release, it was a commercial success.

The convenience of being able to go to the store, purchase a chocolate bar, and then take it with them wherever they went was greatly liked by the populace.

Another chocolate confection that has become a cultural symbol is the chocolate chip cookie. This sweet was introduced in the 1930s and has remained a fan favorite ever since.

Cookies with chocolate chips are traditional comfort food suitable for anyone with a sweet tooth.

Chocolate cake is yet another delicious chocolate delight that is often consumed. People have enjoyed this sweet treat for generations, and it continues to do so even today.

The chocolate cake may be adapted to suit anyone’s preferences, making it the ideal dessert for any event.

One cookie brand with the title of “world’s most popular” is Oreo. Nevertheless, the famous sandwich biscuits have been around for over a hundred years.

The chocolate chip variety of ice cream is also universally recognized as the quintessential chocolate dessert. This sweet was introduced in the 1950s and has remained a fan favorite ever since.

We could talk all day about how many variations and different sweet treats there are. But here’s a list of some of the most iconic and mouthwatering chocolate treats ever.

Mars is the name of two different kinds of chocolate bars created by Mars, Incorporated. These chocolate bars are most frequently referred to as Mars.

In 1932, in the small town of Slough, England, Forrest Mars .began producing it for the first time. Caramel and nougat are sandwiched between layers of milk chocolate in the bar’s original British formulation.

In the United States, a variant of the Mars bar was developed that had nougat and roasted almonds enrobed in milk chocolate. In subsequent iterations of the recipe, the caramel was also used.

After being taken off the market in the United States in 2002, the candy bar was reintroduced in 2003 under the brand name “Snickers Almond” with some minor cosmetic changes.

In most parts of the globe, a Mars bar is a confection consisting of nougat and caramel, covered in milk chocolate but excluding almonds from the mix. It is the Milky Way bar in the United States, where it is sold.

They were created by Rowntree’s, a candy manufacturing firm headquartered in York, England.

Before Rowntree began work on the chocolate, the company registered the names Kit Cat and Kit Kat for use as a trademark in 1911. These names were first used for a specific kind of mutton pie consumed by a group known as “The Kit-Cat Club.”

Additionally, the club meetings were conducted at a bakery run by a chef called Christopher Cat. In the 1920s, the Rowntree family began marketing its box of chocolate chips under the brand names Kit Cat and Kit Kat.

Alongside their other box of chocolates, called Black Magic, they would offer these boxes of chocolate crisps. An economic rendition of Rowntree’s signature high-end chocolate that the company developed.

The Baby Ruth candy bar is a well-known treat that is made in the United States. Peanuts, caramel, milk chocolate with a nougat flavor, and compound chocolate are all included in this offering.

In 1920, the Kandy Kake was altered by the Curtiss Candy Company to become what is now known as the Baby Ruth. In the category of candies that cost five cents each, Baby Ruth had already established itself as the most popular confection by the late 1920s.

Over the course of sixty-five years, the bar served as an integral part of the corporation that was centered in Chicago.

They are also one of the most accessible cookies to recognize. In 1912, in the Nabisco facility in New York City, Oreos were introduced to the public for the very first time. In the beginning, there were only two variations of the cookie.

It wasn’t until the 1920s that Nabisco abandoned the lemon meringue taste in favor of the combination we are all familiar with today. The cream-filled chocolate biscuits with chocolate ganache were the company’s most popular product.

Chips Ahoy is a well-known brand of chocolate chip cookie that was first made available to the public in 1963 by Nabisco, a division of Mondelez International responsible for the baking and marketing of the product.

Looking at the packaging, which is available in several hues, enables you to recognize the distinctive characteristics of each flavor.

Mars Limited came up with the idea for the Twix bar in 1967. It comprises a butter biscuit base sandwiched between caramel and dairy milk chocolate layers.

To be more exact, it was first developed at the plant located in Slough, which is located in the United Kingdom.

In 1979, the product that would later be known as Twix was introduced to the market in the United States. Before this, it had had success in the United Kingdom for more than a decade under the name “Raider.”

The chocolate bar was marketed in the United States with the catchphrase “Chocolate, Caramel, and a Surprising Cookie Crunch.”

This candy from the 1970s was packaged in a golden wrapper with orange writing when it first came out. Its advertisements always featured a chocolate bar cut in half to reveal the gooey caramel center and the chewy outside of the bar.

In the annals of confectionary history, the Mars family has been a prominent figure for a very long time, yet, it was not until 1930 that they solidified their position with the introduction of the Snickers candy bar.

Frank Mars was acquainted with a snack with nougat, peanuts, and caramel; nevertheless, he felt that it lacked something that would have taken it to the next level.

That was chocolate, right there. After he melted the chocolate and coated the components with it, there was no preventing the Snickers bar from becoming one of the most popular candy bars in the world.

In 1900, Milton S. Hershey introduced the world to the milk chocolate bar that would become an icon.

Chocolate was formerly a delicacy that was only enjoyed by the rich, but Mr. Hershey’s goal was to make his sweets accessible to everyone at a low price so everyone could enjoy them.

Although milk chocolate established the standard, new developments are continuously being made.

These chocolate bars are delicious and represent America’s most famous chocolate brand.

That is for today’s guided essay on only some of the world’s most incredible, most iconic, delicious chocolate desserts. We hope you enjoyed it as much as we did.

When it comes to the best, there is not one single selection because there are so widely different varieties.

This is always a matter of taste and opinion, and you will have a hard time finding someone who entirely agrees with your assessment of which is the best in the world.

Mars has always been the undisputed leader in the chocolate candy industry. The company’s foundations are now deeply ingrained in most contemporary drinks, snacks, sweets, and much more.

After all of this has been said, Great Britain has gone on to shape the history of chocolate by releasing several monumental items and ranges that have gone on to dominate the market.

You automatically think of Oreos whenever you hear the word “cookie,” don’t you?

Considering that over 40 billion Oreos are produced each year, it should be no surprise that this is one of the most well-liked cookies in the world, regardless of the flavor. 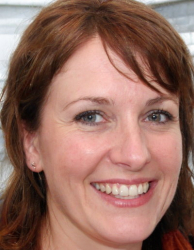